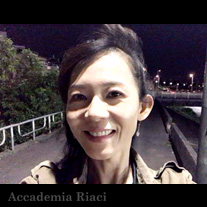 This week teaches how to draw a metal ring, practicing how the same object can take on different states through shading techniques. 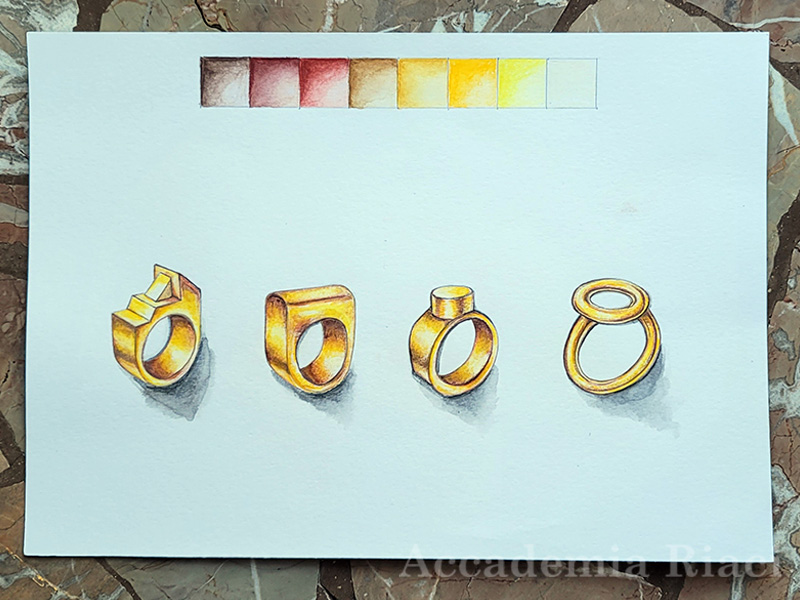 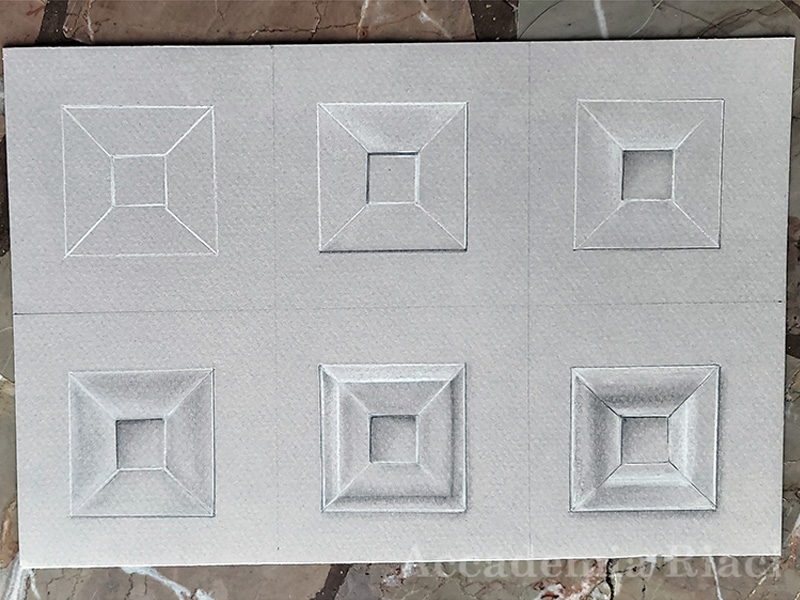 Picture 2
Draw 3D drawings of rings of different shapes and color them. 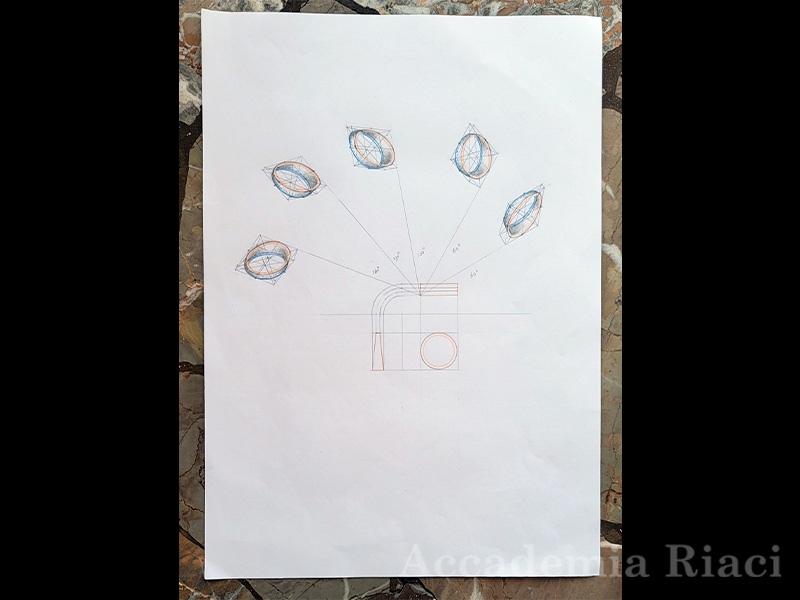 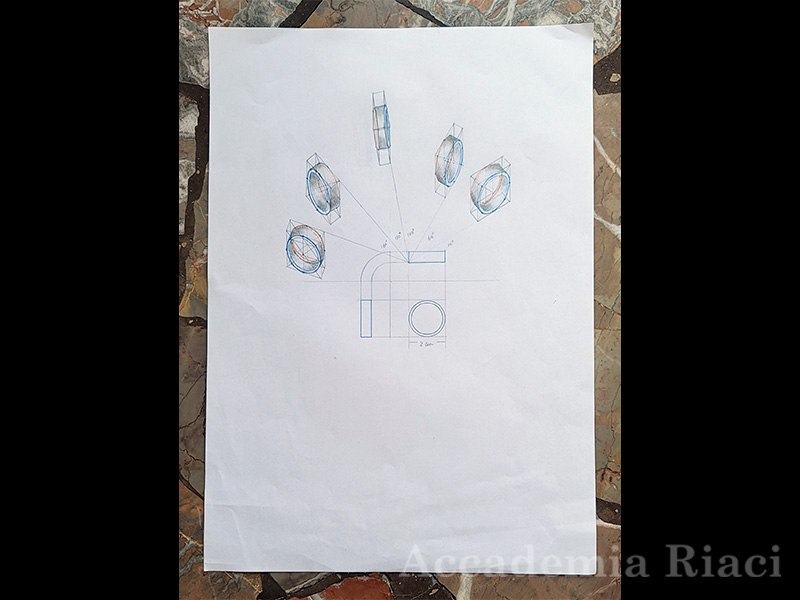 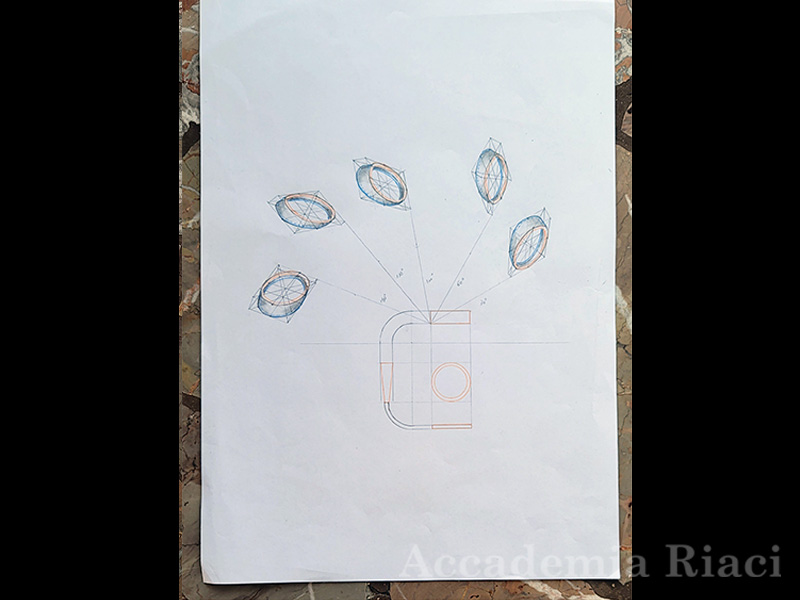 Picture 5
Gli Uffizi
The Uffizi Gallery was built in 1560. The building was originally built by order of Cosimo I of the Medici family as the offices of the Parliament of the Principality of Florence. The office is pronounced Uffizi in Italian (Uffizi – Office in English), so this became the museum’s later name. The building, overseen by the famous painter and architect G. Vasali, is itself a masterpiece of Renaissance architecture.

This is the art palace of the Italian Renaissance, with a collection of Da Vinci Giotto, Raphael, Titian, Rubens, Caravaggio, Michelangelo, and Paul A masterpiece by Botticellis et al. Important works include the Birth of Venus of Botticelli; the Adoration of the Three Magi by Da Vinci; the Madonna of the Goldfinch by Raphael and the Holy Family by Michelangelo. 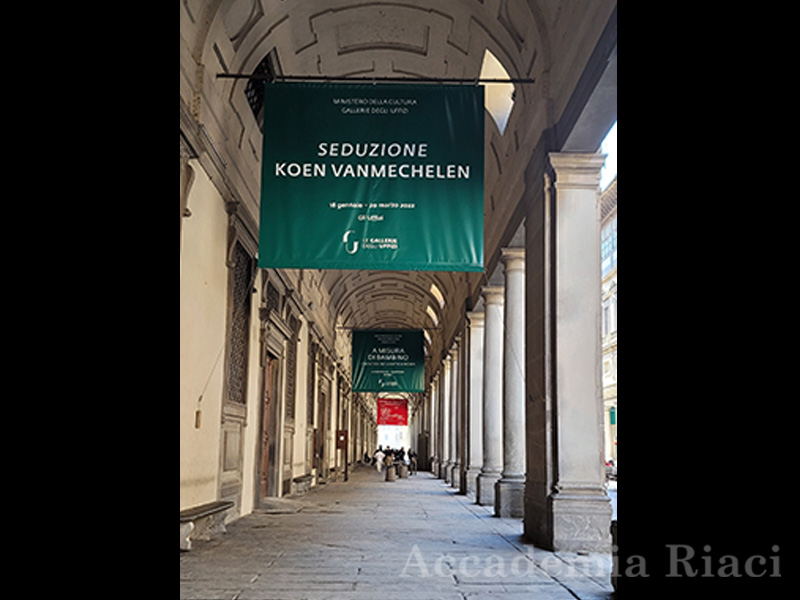 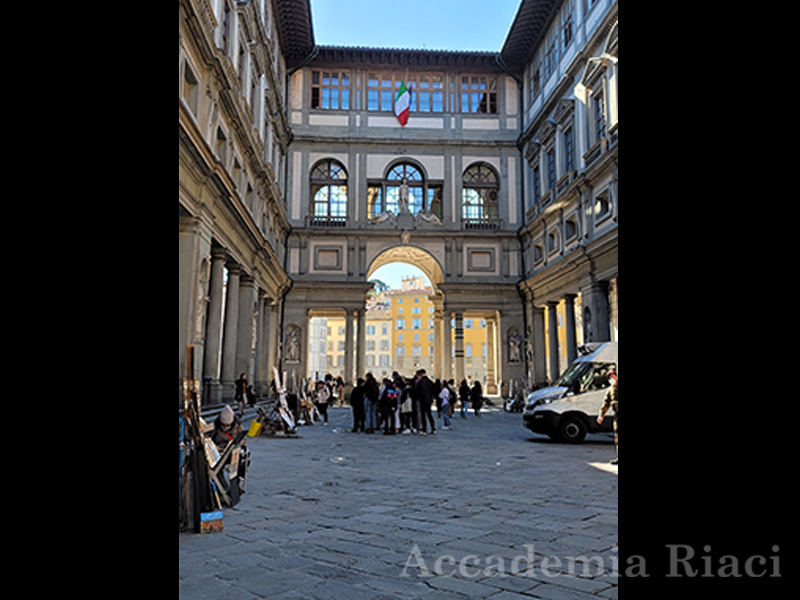 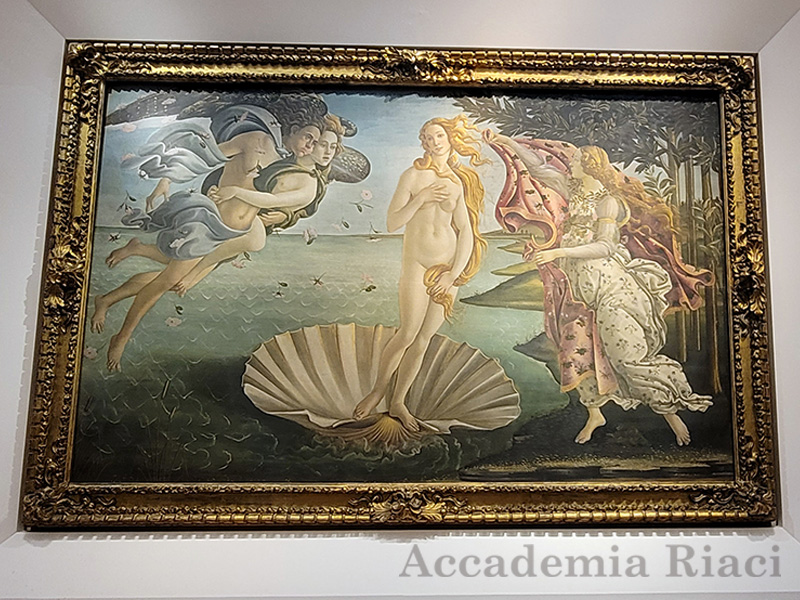 Picture 8 : The first painting I liked:
Birth of Venus Sandro Botticelli, (Florence 1445 – 1510)
Because the picture is very beautiful and has a story, it can let the audience imagine the storyline in the painting through the work. 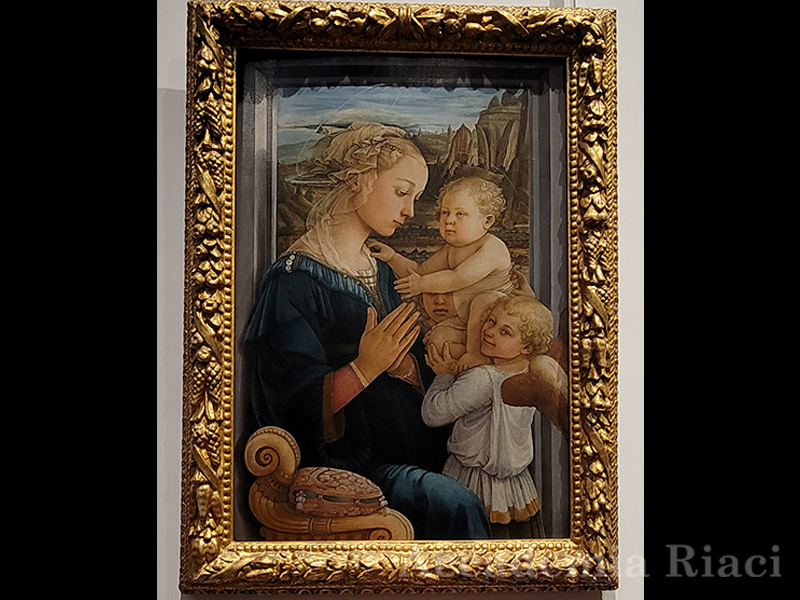 Picture 9 : The second painting I like:
Madonna and Child with two angels
Filippo Lippi (Florence 1406 c. – Spoleto 1469)
I like the protagonist of the work: Madonna, the painting is very gentle and delicate, especially the veil on her head has a hazy beauty. 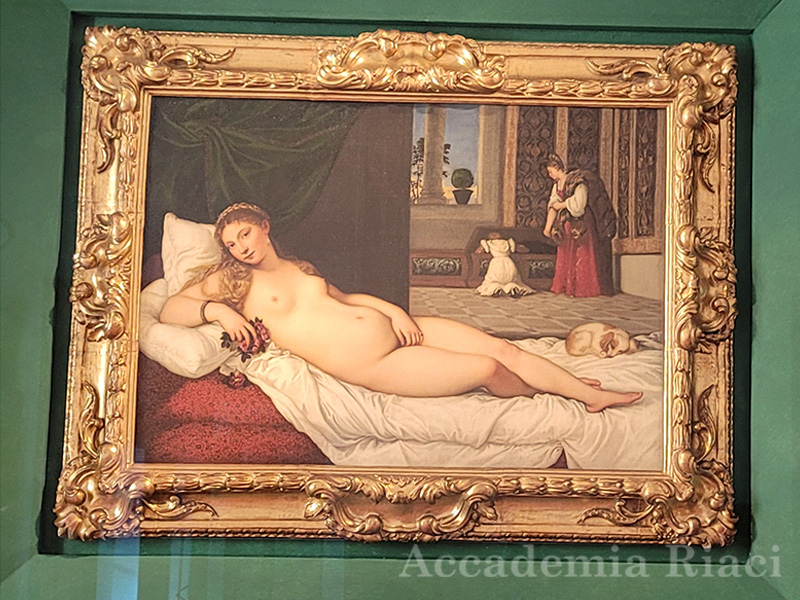 Picture 10 : The third painting I like:
Venus of Urbino Tiziano Vecellio (Pieve di Cadore 1488/90 – Venice 1576)
This painting is full of allegorical meanings, which makes me want to understand the idea that the painter wants to convey. Venus in the painting represents fertility, and the puppy represents loyalty. From the work, we can see Titian’s painting ability and delicate brushwork. 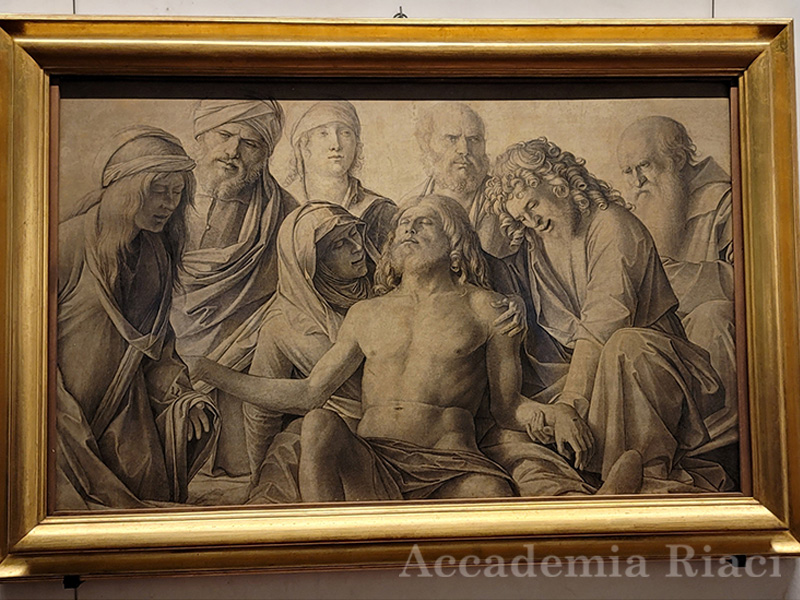 Picture 11 : The fourth painting I like:
Lamentation over the dead Christ Giovanni Bellini (Venice, documented from 1459 to 1516)
Although this painting is just a pencil stroke, the expressions of each character can be so vivid, and the characters in the background and the subject have a feeling that time and space are intertwined. 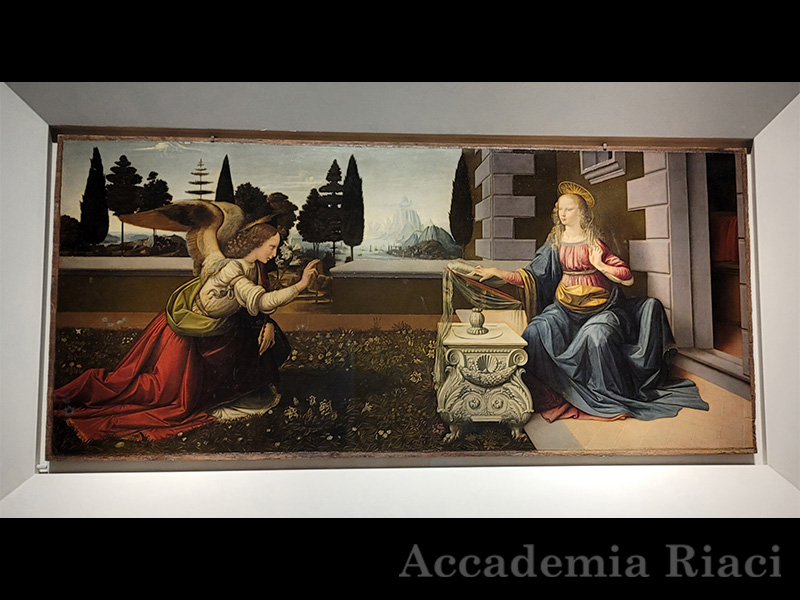 Picture 12 : The fifth painting I like:
Annunciation Leonardo da Vinci (Vinci 1452 – Amboise 1519)
In fact, I am not very interested in religious stories, nor do I know biblical stories, and this work is because I am deeply attracted to the feathers painted by the artist, which are delicate and real.
When I visited the Uffizi Gallery this time, I felt that there were many statues, but from my point of view, it was relatively incomprehensible.
Maybe it’s because the characters and the story are unfamiliar. But I like to see drawings. Although the same theme, the skill of the painter can be seen.
But I personally like beautiful pictures, and I don’t like works with religious colors very much.
When I visited the works, I could see the artist’s creative ability and ideas at that time, and I learned that in addition to continuous practice, I also need to carefully express every brushstroke in order to create a delicate texture. 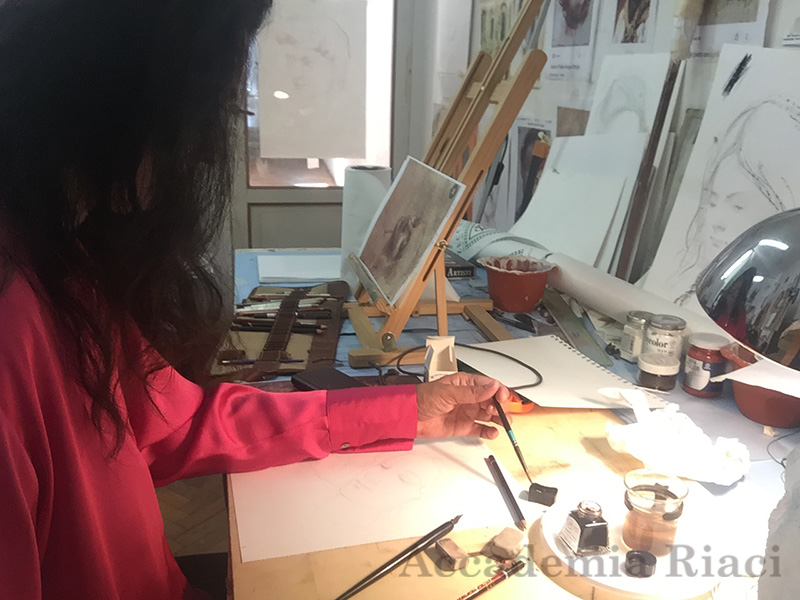 Day 1 Today I started experimenting with the pen an…
Language: 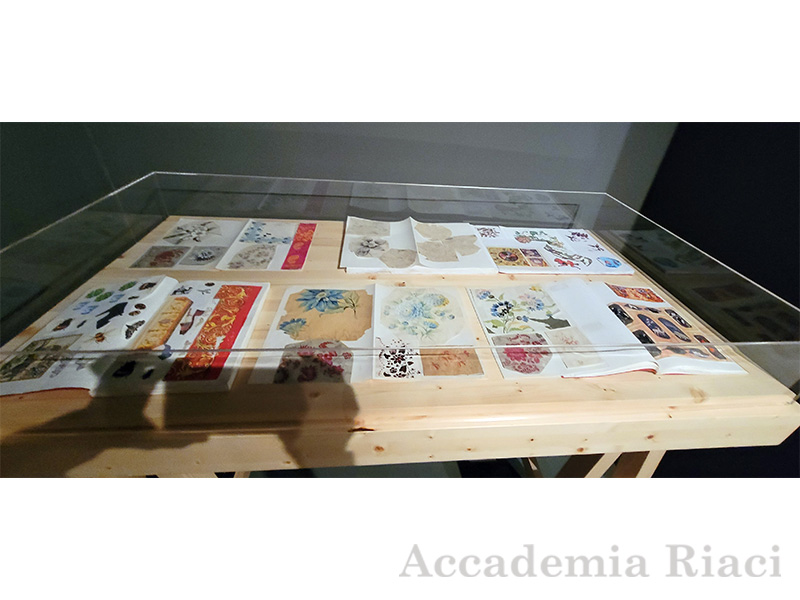 I started a new topic this week. The teacher took me…
Language: 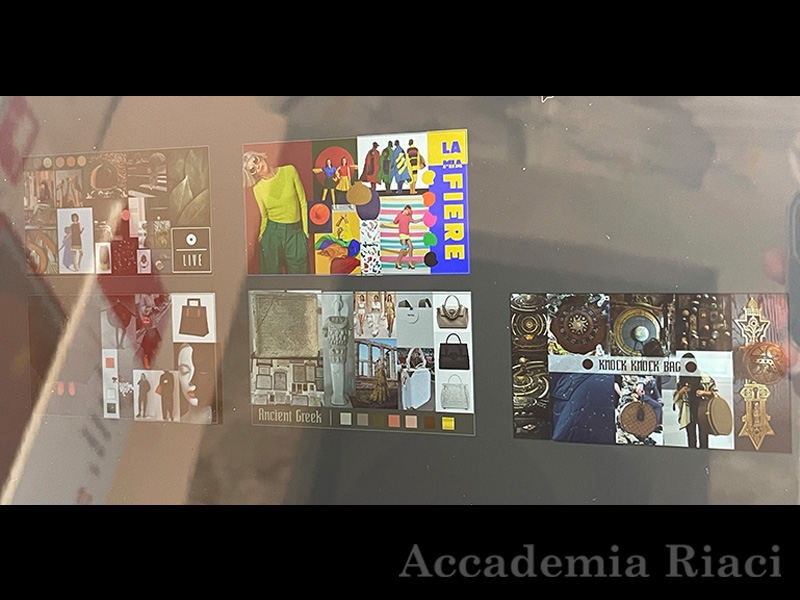 It is the first week after summer break. I am quite …
Language: